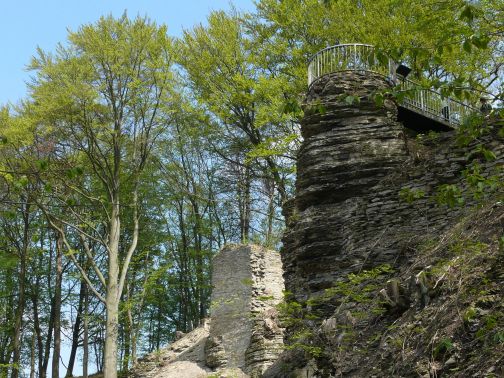 Výrov was founded probably in the 2nd half of the 14th century. It was established as a residence of a small knightly estate or moreless by Čeněk of Potštejn as the center of the Krčín Manor. Probably it was originally also called Krčín. The folklore name Výrov came into existence even after destruction of the castle during the Hussite Wars or in the beginning of the 2nd half of 15th century at the latest. 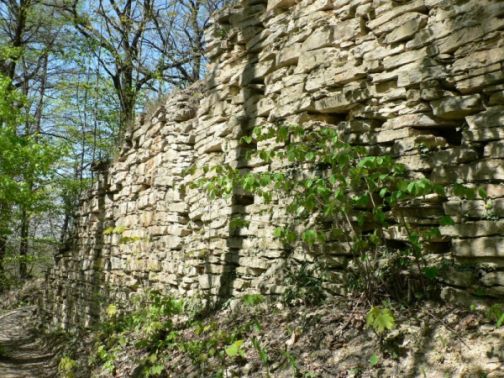 By this time Výrov was already “deserted”, i.e. uninhabited. No one took care for the former stronghold, therefore it was coming apart. Nowadays we can see in Výrov only pavements, moat and cellar. The tower castle palace was in its lower part of stone, the upper was wooden. In the side to the Plains of Bradlo there was ca 8 to 9 m wide moat quarried in the rock. 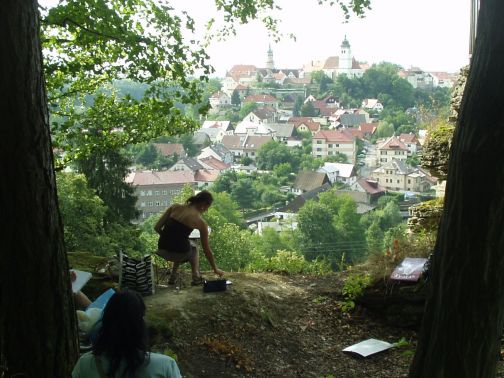 In one place the moat narrows down to ca a third of its width, probably there was originally a drawbridge and the gate protected by the bastion-like stump. The castle was protected above the moat also by a strong shield rampart. On the opposite side the castle was protected by the steep hill. Alois Jirásek wrote about Výrov in his „King of Hussites“. Nowadays the complex of the stronghold focuses interest of archeologists. 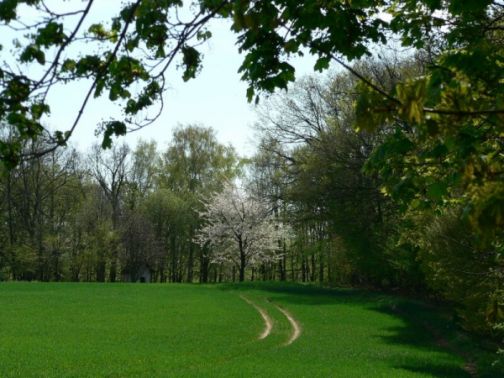 At Výrov you can find a chapel, which was built by the Lord’s Marshal Matěj Göstl. It is a chapel of the „Fourteen Holy Helpers“. It is located on the hill at the end of the road from Klopotov to Výrov. Falling of the chapel apart was prevented by extensive reconstruction in 1938. 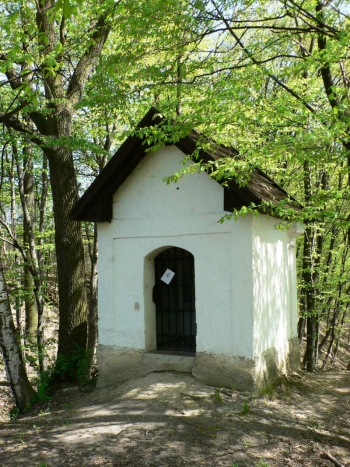