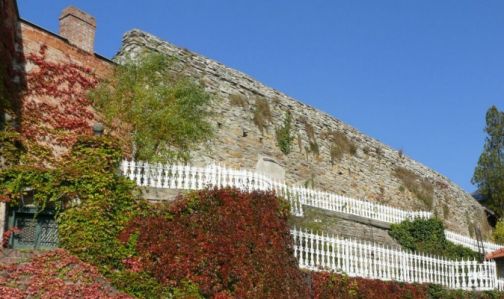 Jan Černčický from Kácov built six-metre ramparts during the time of the foundation of the city on the massive marlstone cliffs on the Metuje River. The ramparts were reinforced approximately every thirty to forty metres by five semi-cylindrical and cylindrical bastions furnished with loopholes. 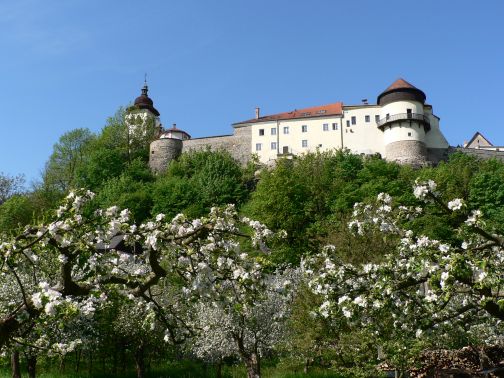 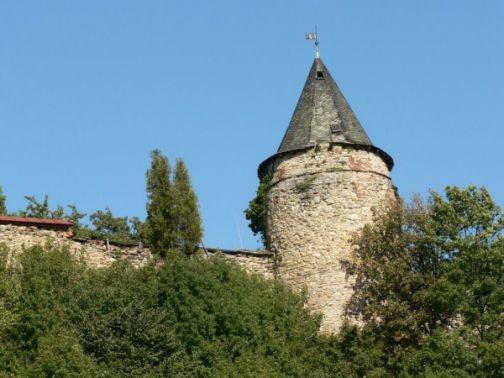 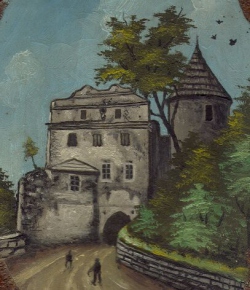 These were situated in the direction of the old road, and today's road runs along this same path as well. 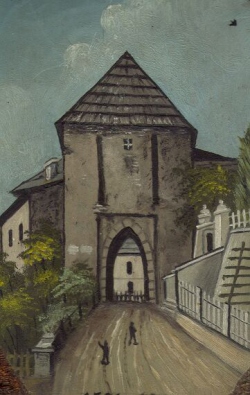 Its name probably originates from its location. It was behind the pike (in Czech „za závorou”), which barred the road in front of the Krajská (Regional) Gate. Nowadays it is used as a gallery and an observation tower.
display on map