The western front of houses in Hus Square

The western section of the square consists of houses numbering 1234-1245.

The terminal house closely adjoined to the former Mountain Gate. It is out of the quadrangle of the square on the south-western corner. For the first time mentioned in 1520. It was the only house, which survived disastrous fire in 1526. In 1549 the house went through a big reconstruction. Its west side consists of the rampart, disposition of the ground floor is probably renaissance, baroque reconstruction is apparent due to wooden ceilings. The organism of the house was affected by the reconstruction in relation with demolition of the Mountain Gate in the year 1905. That time the new southern frontage was erected. Irregular quadraxial frontage has two cantilevers of the former bay on the left. The rectangular portal leads to the middle room with a semicircular vault with crown sections. On the left in background there is a semicircularly vaulted chamber and in the front a big space with the Baroque beam ceiling, which repeats also on the first floor above the staircase. On the right, from the ceiling to the first floor, there is a semicircularly vaulted tract with massive walls of the Gothic core before 1526, which has several contact triangle sections on the ground floor. 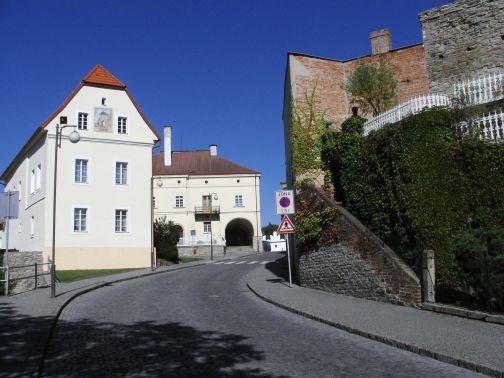 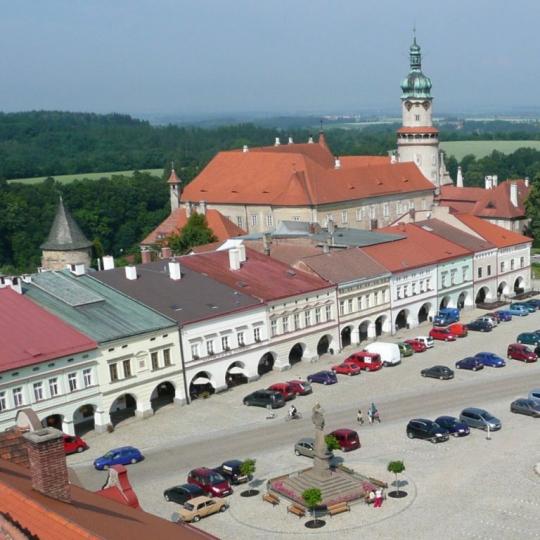 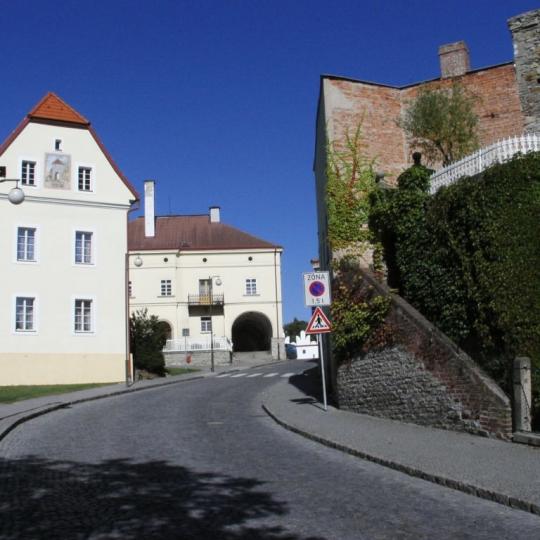