The oldest documented settlement on the territory of Krčín is an old Slavonic settlement municipality of 7th to 8th centuries, which was located not far from the current church in fields in direction towards Luštinec. Krčín existed, probably including the stronghold of Budín, long time before foundation of Nové Město and it was an only and also  a well populated townlet between Náchod and Opočno. Foundation of the municipality of Krčín in place of older settlement probably occurred in 13th century. First written documents however come from the period of John of Luxembourg. Settlement proceeded from the church along the Metuje River and continually went up to Strážnice. 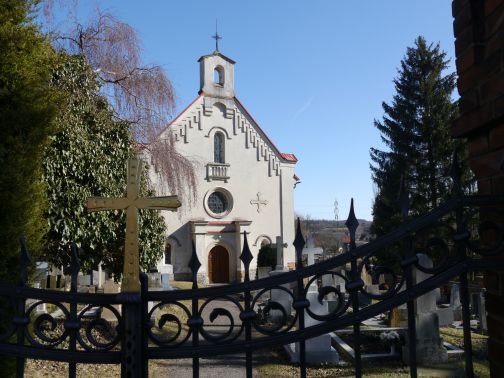 The early Gothic Church of the Holy Spirit was erected by the end of 13th century, probably under influence of the Cistercians in Svaté Pole. It is probably the oldest building monument in the area of Nové Město. In the year 1336 it was mentioned as the parish church.

The single-aisle church has a rectangular ground plant. The neighboring square presbytery is covered with the Gothic ribbed vault. The construction is strengthened by three stretchers. There original stretcher was also in the south-eastern side. The sacristy is in the northern side.

In the year 1815 the Lord of the Manor, Franz Josef Dietrichstein, had the church rebuilt. There were reconstructed walls, built a new truss, rattan ceiling, new plaster and mostly new windows and pews. Other building modifications were done in 1876. Truss and roof were replaced again and new choir was built. The front was rebuilt in the pseudo-Romanian style.

In 1567 the parsonage in Krčín was cancelled and the parish office was transferred to Nové Město nad Metují. The priest lived in Nové Město since 1523 and he almost did not dwell in the Krčín parsonage. The Church of the Holy Spirit became a filial church with limited services. For a long time it belonged to the Old Utraquists, later, till 1626/27 to the New Utraquists and then it was Catholic again.

In 1921 the Church was shortly used by the Czechoslovak Hussite Church, in the years 1921 to 1923 it was out of service, and then it was confirmed for the Roman-Catholic Church.

Above the church there is situated the watch bell tower of the 16th century, there are hung two bells – St. George of the year 1558 and the Holy Spirit of the year 1605. 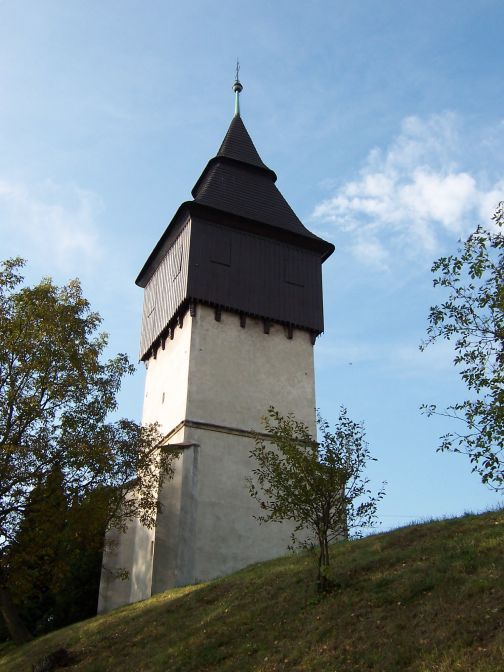