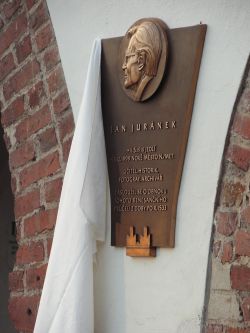 Thanks to the high school professor Jan Juránek Nové Město nad Metují was declared a national historical reservation in 1950 and in 1969 this statute was renewed. Thanks to Jan Juránek, a honorary freeman of the town, the original Pernštejn solution of the frontage and gables was found. After removing of the plaster and deeper probes it was found, which building elements were used and how the original construction looked. Consequent renovation of the northern part was done in 1951 to 1954.

The whole northern front was reconstructed and since then it has appearance of the 30’s of the 16th century. Unfortunately, due to lack of money and interest from the part of higher institutions reconstruction was not continued in other sides. It is a shame, since the town should have been a rare European tourist sensation. The solace is that in remaining sides we can recapitulate the construction changes, through which individual houses went.

In 2006 a commemorative plaque for Mr. Jan Juránek was unveiled between pillars of the frontage of the house No. 1209, the Elementary Artistic School, the author of which is a renowned academic sculptor Jiří Věneček. 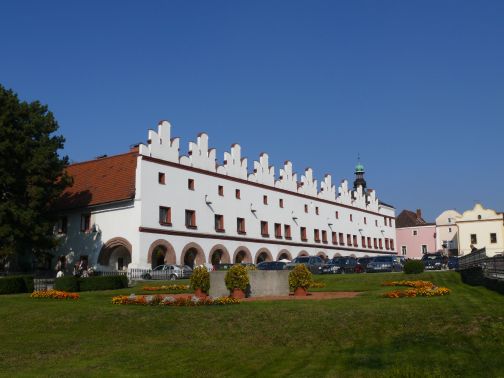