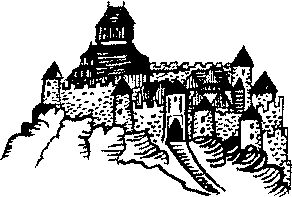 Nové Město nad Metují was founded on 10 August 1501 on the rocky promontory by Jan Černčický of Kácov.

This location however has been settled even long time before in the period of Silesian-Platěnice Culture, even the Lausitz Culture, i.e. 800 to 1000 B.C. as documented based on finding of the bronze clip, cremation grave and massive finding of ceramic documenting abundance of local inhabitance.

Originally there were sectionized 31 townlets in the period of Jan Černčický, however this number later on did not respond to number of built houses. Even during first five years there were 55 and later on even 59 houses. Speed of construction works is documented by reports on active sales and purchases of houses even during first years of their construction.

No church and town hall were accounted for at first. Černčický let at will of his subjects, how big houses they build and how they equip them. Houses were even in front of the castle, therefore access to it was narrow and the castle was visible only partially from the square. The square was not empty before the fire. Except for meat shops in the south-eastern corner, where also a wooden school was located, there were also other constructions.

On 21 June, 1526 the town was destroyed by fire. Some incendiary ruins remained empty even for several years, however construction started immediately. At the beginning these were only provisional arrangements, so that agricultural work and handicraft may be continued. Jan Černčický provided wood for free, however he had not money for general reconstruction of the town. In 1527 he sold his manor to the Pernštejns.